Have you seen the latest knowledge translation movie?

Until last week, I didn’t know there was such a thing as a KT film. But The Trick (2021) definitely fits that bill. It offers a fascinating, and frightening, glimpse into the pressures that threaten the accurate, ethical communication of scientific research.

The British flick presents one version of the scandal that swirled around the University of East Anglia in 2009. That’s when a hacker (who’s never been identified) leaked emails from the Climactic Research Unit (CRU). Taken out of context and misinterpreted by biased interest groups, scientific shorthand between colleagues fuel a media frenzy.

At the heart of the maelstrom is a contested graph showing a dramatic increase in Earth’s temperature since 1960. Deniers of climate change accuse the CRU’s director, Dr. Phil Jones, of manipulating data to exaggerate the upward curve of the graph and its trajectory toward planetary disaster. 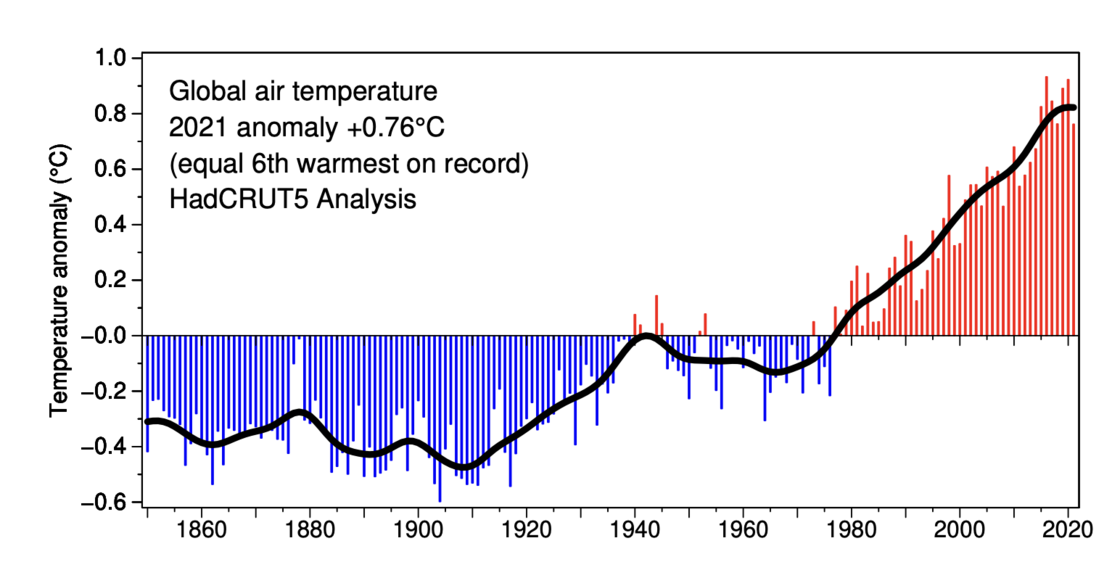 To defend the “truth” of his analysis, Jones must step far beyond his comfort zone to speak with reporters and, eventually, a parliamentary committee. In several intense scenes, we watch him wrestle with the cognitive, moral, and emotional aspects of this challenge.

Much more is at stake than simply being clear about the scientific “facts.” Facing death threats as well as the destruction of his life’s work, Jones must learn to communicate in ways that go against the grain of his scientific training.

To save the planet, he must learn to earn his audience’s attention and trust. This means thinking through emotion as well as intellect and exposing himself as a fully human being, not just a rational being.

Although the situation in the movie is extreme, the inner conflict it shows will be familiar to anyone who’s had to step outside an academic silo and make their voice heard in a public forum. When well-meaning advisors recommend that researchers “put it in Plain Language” or “dumb it down,” they don’t realize what they’re asking.

Balancing intellectual integrity with clarity is tough enough. When you need to convince an audience to take your point of view or take action, a host of other elements also come into play. Now you’re not just balancing–you’re juggling, using various arts of persuasion to convey your ideas and carry the day.

I hope you never have to translate knowledge under the kind of duress Jones experiences in the movie. Yet we all face scenarios that require us to share complex ideas with a cool head and an open heart.

Maybe that’s a presentation to a community group, a meeting with potential industry partners, or a pitch to investors. Maybe it’s a job interview outside the academy or a Zoom call with international colleagues forming a cross-disciplinary research team. Or perhaps it’s writing a blog post to share your research insights with an audience outside the Ivory Tower.

Whatever the KT communication challenge, we can learn from The Trick how to meet it with strength in our convictions, courage to try new approaches, and compassion for both ourselves and our audience.

Do you have a KT communication challenge you’re grappling with? Let’s set up a time to chat. There’s nothing I love better than a good brainstorm.