Does your team fall into this common writing trap?

Two heads may be better than one, but they are also less efficient. Teams tend to be great at generating interesting ideas but poor at producing focused, unified documents on a tight timeline.

The big mistake many teams make is assuming that the best way to divide writing work is to assign everyone a section of the document to produce. This approach makes little sense if you compare it with the way teams approach other kinds of projects.

The quickest way to improve team writing, then, is to bring some project management common sense to the task. Rather than using a piecework approach, leverage the strengths of your individual team members.

Why the piecework approach doesn’t work

The piecework approach begins with the team lead making each team member responsible for one or more document sections. Team members then write their sections in isolation and submit them to the team lead shortly before the document or deliverable is due.

This divide-and-conquer approach is based on the false premise that everyone on the team shares the same writing skills. Each person essentially performs the same writing task (authoring a section of the document), and only the topic varies.

Imagine how crazy this approach would seem if it applied to product development. Let’s say a multi-functional team is tasked with producing a prototype of a laundry robot, a machine that automatically sorts, washes, dries, and folds clothes. No matter their individual skill set, each member of the development team is asked to create part of the robot. Bill from Engineering will build the chassis, Allisha from IT will build the software, Yasmin from Marketing will build the control panel, and Allan from Quality Control will build the electronic circuitry.

During development, Bill, Allisha, Yasmin, and Allan work separately on their part of the machine. Yasmin and Allen struggle to meet their deadlines because they’re both reaching well beyond their skill set. (As people with non-technical skills, they hardly know where to begin with the electronic engineering work they’ve been assigned.) Bill and Allisha believe they’re making good progress, but neither communicates with the other to compare notes.

The day before the product launch, the team gathers to piece together the entire machine and do whatever “tinkering” is necessary to ready the robot for the market. As you might guess, because the parts have been created in isolation, they don’t fit together well (or, in some cases, at all). As the team’s frustration level rises, there’s a lot of duct tape and some cussing involved.

At the eleventh hour, the team has finally assembled a lopsided laundry robot, but the machine performs only a few of the many planned functions. As Bill, Allisha, Yasmin, and Allan stand looking dejectedly at a pile of wrinkled, half-damp, soap-stained clothes, they wonder “What went wrong”?

Of course, any project manager would be able to answer that question immediately. Roles and responsibilities were not aligned; writing tasks were assigned arbitrarily, without consideration of individual skills or interests. Why on earth would the team lead expect someone from Marketing to be able to build a control panel?

As bizarre as this scenario seems, it plays out every day in real workplaces, especially in environments where teams need to produce long, complex deliverables. Most team leads and project managers don’t pause at the beginning of a writing project to assess how individual skill sets align with the various phases of the writing process. Consequently, the writing products their teams create resemble lopsided, malfunctioning laundry robots. Their purpose is unclear, their structure is wobbly, and various writing styles are duct-taped together into a document that follows a sequence but lacks cohesion. 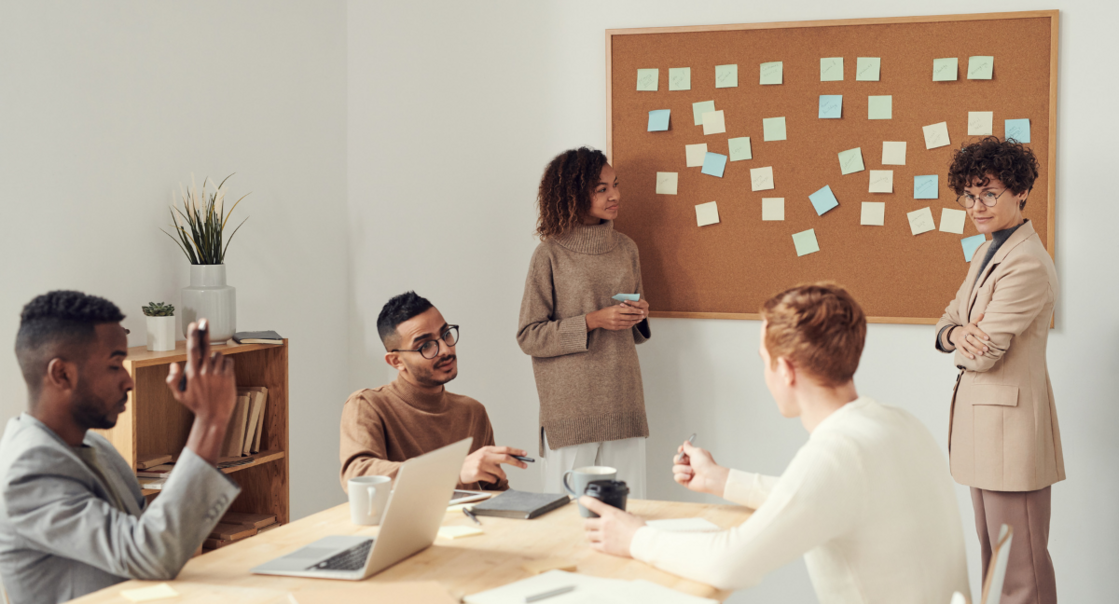 Team writing, like any collaborative work, inevitably takes longer to do than solo writing. But when collaborative writing is well-managed, it bears the positive fruits of diversity: deeper research, stronger ideas, more creative solutions, and a more impressive final product all-round.

To gain these benefits of team writing, the first thing to do is to trade in the piecework approach for a strategic, strengths-based approach. Here’s a step-by-step plan that will help you do that.

As a group, invest time in discussing your audience—what makes them tick, what keeps them up at night, what their dreams are, and what they fight about. The more your team knows about your audience, the more focused and compelling the writing will be.

Step 2: Agree on your purpose. It’s not enough for the team lead to have a clear goal and vision for the document. Everyone on the team must share the vision. As individual writers contribute to the writing, they must understand what its overarching purpose is so they can do their best to support it.

Big-picture skills include brainstorming, organizing, presenting a logical argument, and storytelling. Writers with these skills are natural strategists. They’re able to identify and articulate a clear key message and an audience-focused purpose for a document. They’re also good at critiquing a document’s ideas and organization.

Detail-oriented skills include designing, editing, and proofreading. Writers with these skills have a good ear for writing; they can detect when something doesn’t sound quite right with an idea or a sentence. They also have an eye for visual presentation; they understand basic principles of document design and are able to spot inconsistencies and weak design choices.

Since creating even a simple document involves several steps, it doesn’t make sense for all team members to focus on a single step, drafting. Instead, match individual writing strengths with the phases listed above.

Let’s say you have seven people contributing to a proposal. Following the piecework approach, you’d divide the proposal into seven sections and ask each team member to draft a section. The list of writing assignments might look like this:

Then, you’d appoint an “editor” to duct-tape the sections together and proof the final product.

Following the strengths-based approach, the distribution of writing tasks would look quite different, perhaps like this:

Under this model, some parts of the writing happen sequentially while some will happen concurrently. Close communication between team members during development is critical to overall success.

Step 5: Create a visioning tool. To keep everyone on track, some kind of visual organizer is essential. Such an organizer could be as simple as a traditional outline, distributed as a Word or PowerPoint document. Or you might experiment with more graphic alternatives, such as a flowchart, a mind map, or sticky notes on the boardroom wall.

Step 6: Find your development rhythm. Each writing team and each writing project needs to find the development rhythm that works best for it. In some cases, a detailed, highly structured timeline might be just the thing to keep the team focused and on schedule. In other cases, a few milestone dates with flexible outcomes attached to each might be all that’s needed.

When charting out the development of your document, be sure to allow ample time for planning and revising. Those two aspects of the writing process tend to get shortchanged, resulting in the need for extensive rewriting (usually by the team lead or PM) at the last minute.

Step 7: Agree on success criteria. Just as team members must agree on the audience analysis and on the document’s purpose, they must agree on what an excellent document will look like. Without a clear set of shared standards, team members fall back on personal assumptions about what constitutes “good writing,” and those assumptions could diverge greatly.

Success criteria could take the form of an informal list of “must-have’s.” Or they could be presented more explicitly in a formal assessment tool, such as a matrix, checklist, or scorecard. 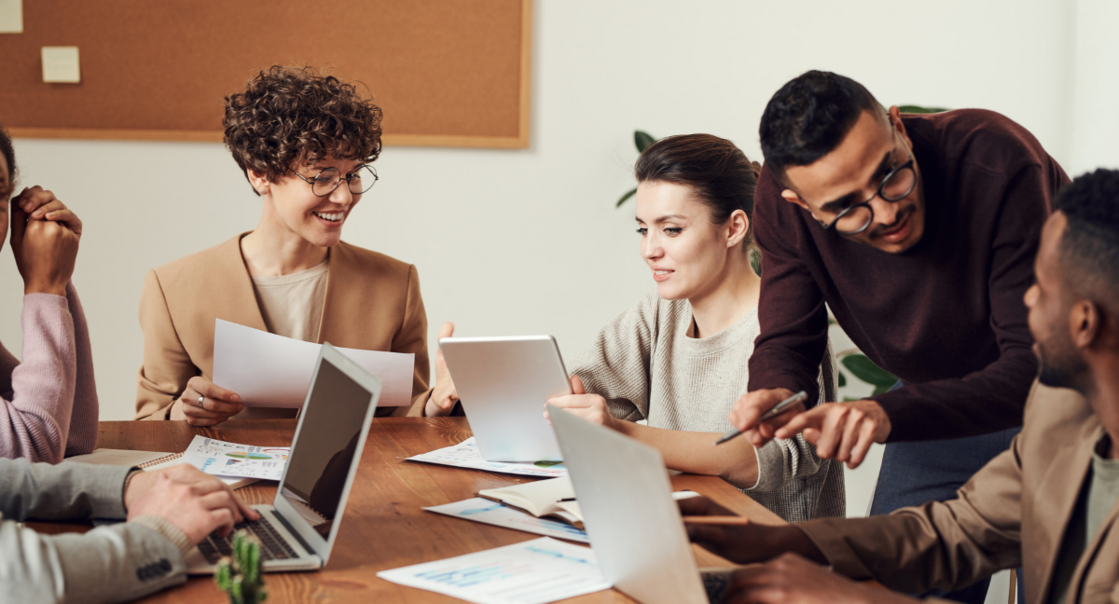 When a so-called team follows the piecework approach to creating a document, they're not really functioning as a team but as a group. The difference between a group and a team comes down to common purpose. On a team, everyone is pulling in the same direction to achieve the same goal whereas in a group there’s not such a clear sense of purpose and shared responsibility.

So the next time you and your colleagues set out to create a document, start by asking yourself, “Are we embarking on this project as a writing group or as a writing team?” Once you commit to taking a genuine team approach, you’ll find that collaborative writing doesn’t have to be the recipe for disaster it usually is. By drawing out and leveraging the writing strengths of your individual team members, you’ll produce clearer, stronger documents than even your best writer could create alone.